In 2009 Beginnings was placed at the open end 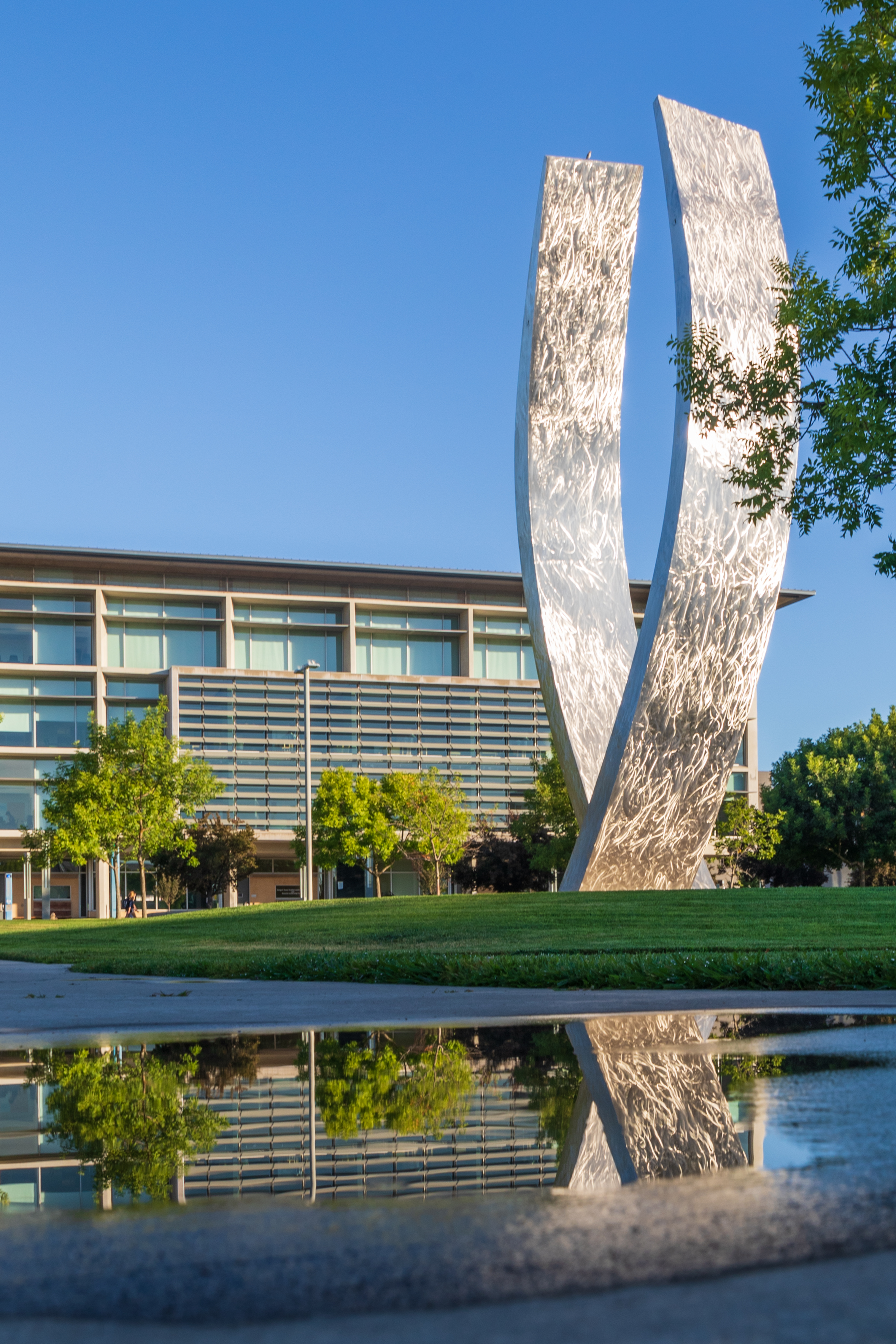 of the Carol Tomlinson Keasey Quad on the University of California, Merced campus. Consisting of two gently curving, vertical stainless-steel arms, each about 40 feet high, rising from a large circular base Beginnings is intended to be a metaphor for the embrace of a caring university that values its students and its community and the germination of a seed representing the growth and ever-increasing potential of UC Merced.

Aristides Burton Demetrios, also known as "Aris," was born in 1932 and raised in Gloucester, Massachusetts. His father George Demetrios was a classical sculptor, trained by Antoine Bourdelle, a student of Auguste Rodin. His mother Virginia Lee Burton was the renowned author and illustrator of children's books as well as a noted textile designer.

After graduating from Harvard College in 1953, Aris Demetrios served as an officer in the US Navy, He studied art, sculpture, and architecture from 1956 to 1959. In 1963, Demetrios won his first national sculpture competition, when his proposed design of the White Memorial Fountain or “Mem Claw” was selected for a major fountain commission at Stanford University. His work includes a public art commission in Sacramento in front of the County Courthouse and a commission by David and Lucille Packard to design and fabricate a sculpture for the entry to the Monterey Bay Aquarium (Forms Sung In A Kelp Forest).

Former Acting Chancellor Rod Park and his wife, Cathy, were the primary donors and visionaries for the sculpture. Generous donations from the artist, the Bob and Marie Gallo family, and John, Joseph and Fred T. Franzia of Bronco Winery made the work possible.