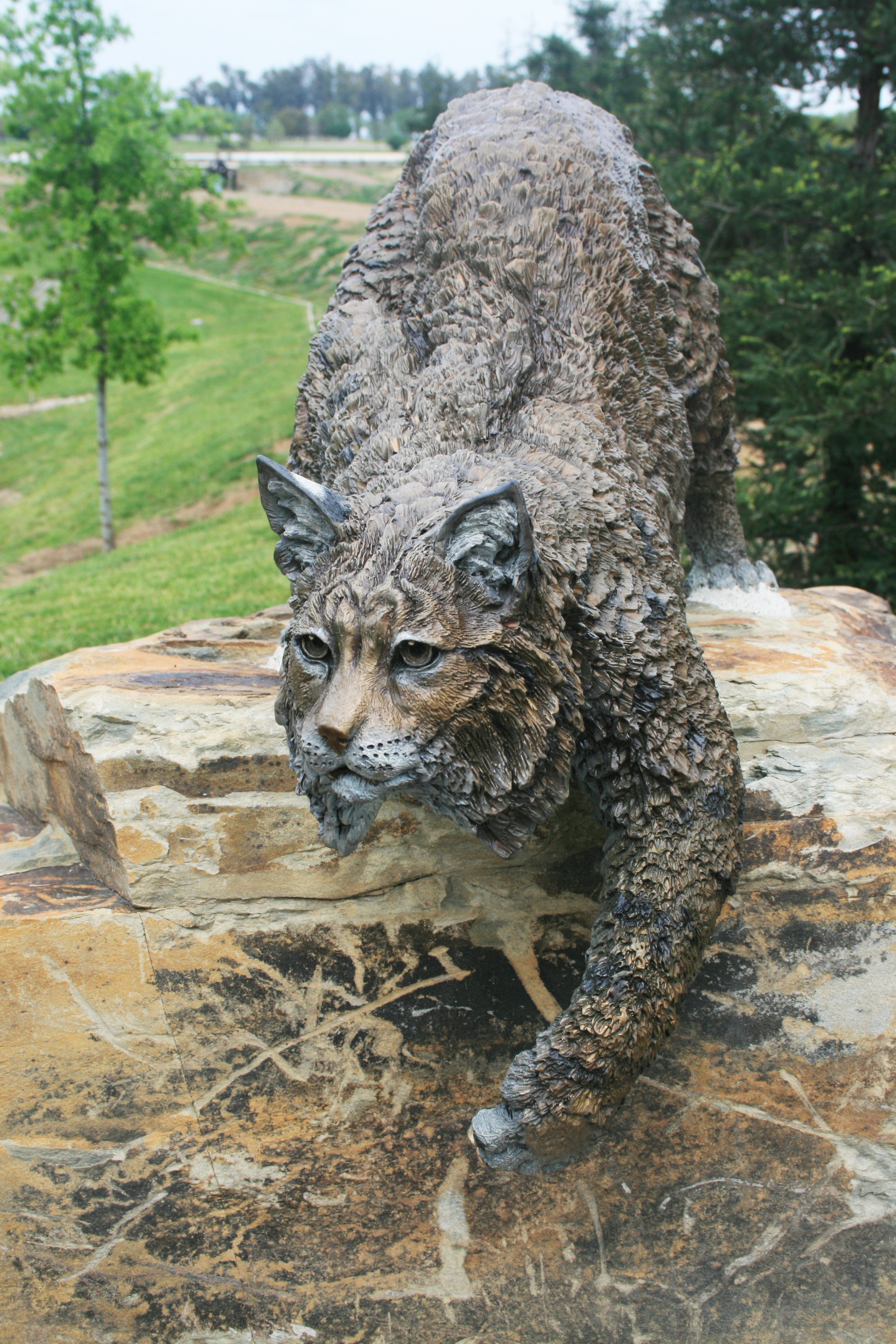 Nestled at the crest of the Scholars Lane Bridge is life-sized bronze sculpture of UC Merced’s official bobcat mascot. A gift from the Class of 2007, the sculpture titled On Edge was created by artist Alan H. Hamwi using lost wax technique of bronze casting.

Alan Hamwi was born and raised Columbus, Ohio. He attended Antioch University where he majored in sculpture. His art education continued at different institutions like California College of Arts and Crafts in Oakland, California; the Aegean School of Fine Arts in Paros, Greece and Columbus College of Art and Design. Much of his work can be seen in public collections across the country including pieces at the Columbus Zoo and Aquarium and Huntington Park Baseball Stadium as well as a piece presented to Jimmy Carter by the Windstar Foundation.